Sand, Sea and Light Exhibition 2016 joint show featuring myself and Ross Andrews was a huge success.  Thank you to all that attended and engaged with the exhibition.  The highlight had to be BBC South East News coming down to the gallery on Monday 26th September and doing a feature on the exhibition and interviewing me and Ross Andrews which went out on air at 6:30 pm that evening.  I hopefully may be able to get a copy that I will show on social media in the future.  It was great to meet with the public all week discussing my paintings with lots of overwhelming comments and positive feedback. 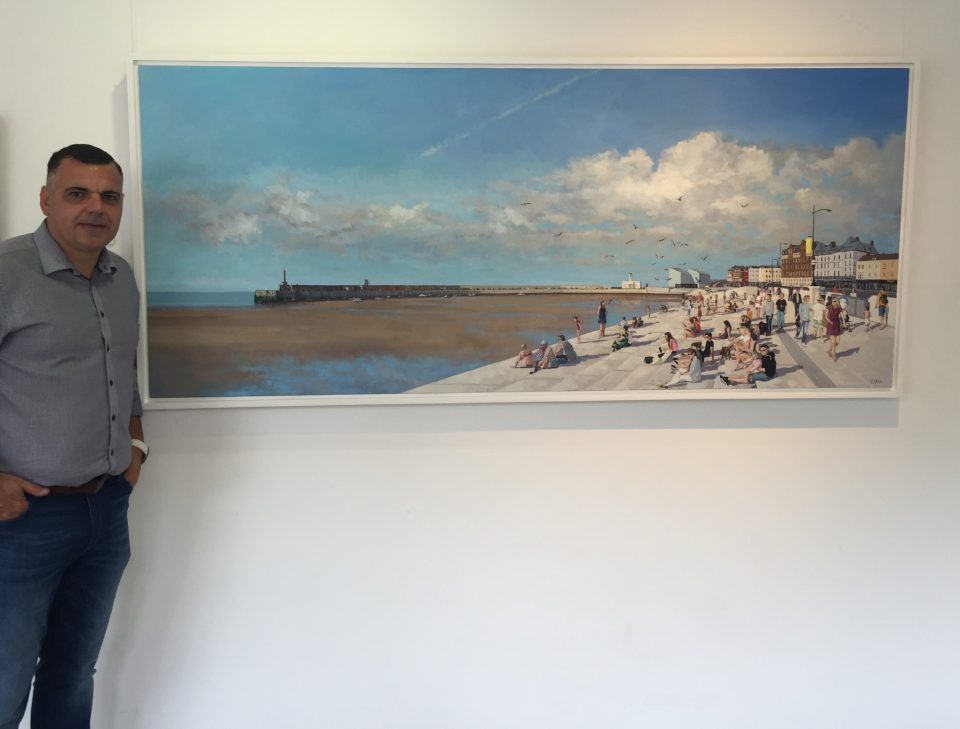 This was a joint exhibition with Ross Andrews who is also a local resident of Margate and a very talented artist who immerses himself in the natural surroundings of Thanet’s coastlines combining extreme photography with drawings in the sand.

Ross is an artist that uses the natural environment as his canvas. He draws monumental configurations in the sand and uses drones to photograph and document his resulting work. Ross works with but often against the natural elements and as a result makes his art ephemeral. Most of Ross’ work is on a freestyle basis, often with no idea of planning but a visualization that feels right at the time in location. As he is unable to see what he is drawing, due to the scale and close proximity, he hopes that what he has visualised appears across the very large canvas he is using. The race against the tide and physical demands needed creates exhilaration and excitement into each piece. Whilst the overhead shot of the final piece can look impressive Ross is aware of the environment and what is going on around him.

This is also seen in his ‘extreme’ photography; where he pushes himself physically to capture the life and power of the sea. He encapsulates the waves in full force and offers a new refreshing view, unseen by many, of his chosen coastlines. 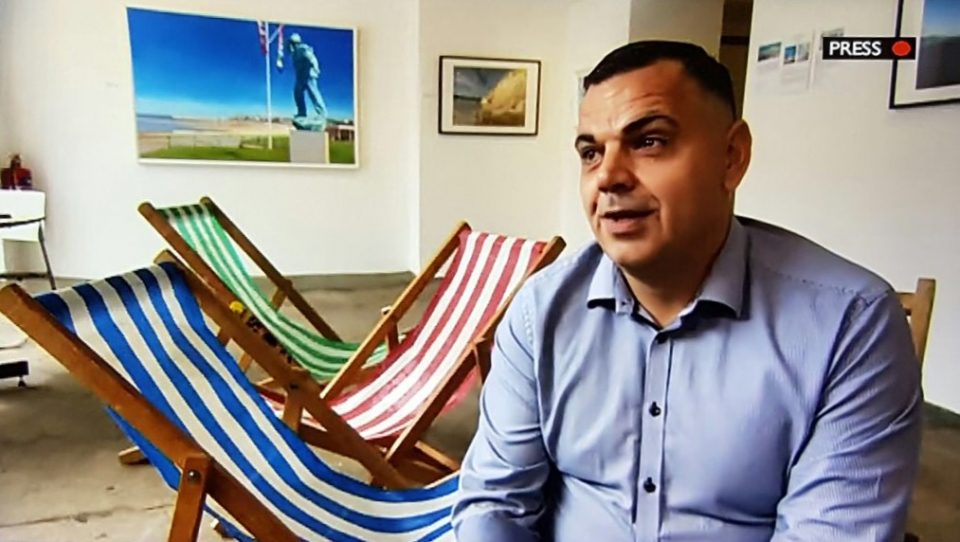