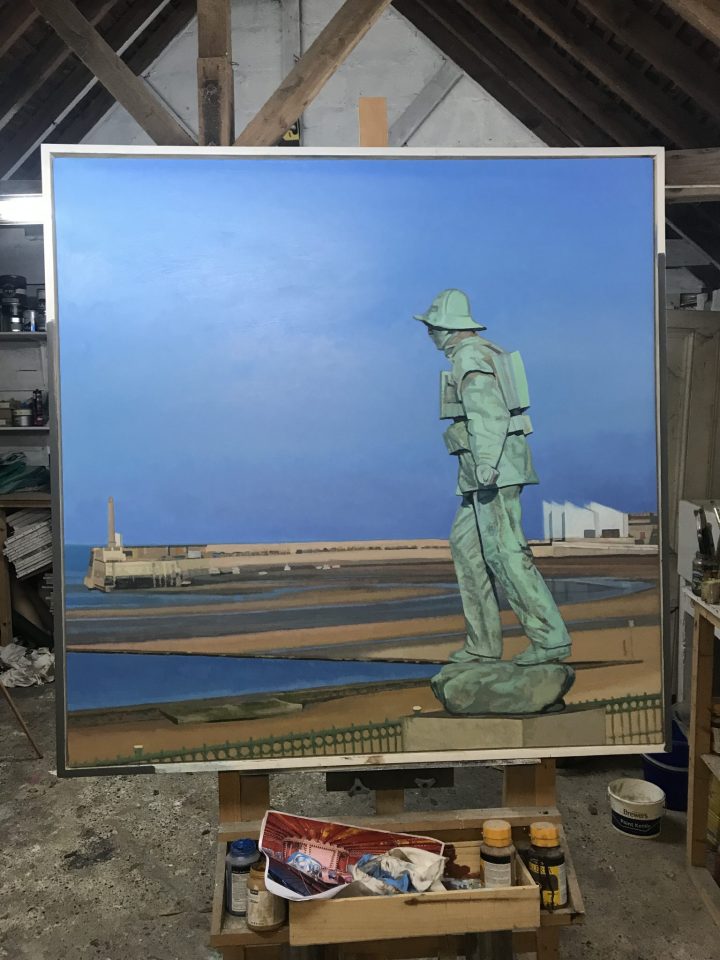 My Margate – I wanted to capture an image that just said Margate.  Whether it is his margate or my margate, it doesnt really matter.  Its his Margate really, he sacrificed himdelf for this seaside town all those years ago. Margate Surboat Memorial, also known as the Margate Memorial, the Lifeboat Memorial and the Surfboat Friend to All Nations memorial. The Sailor depicted is a memorial to the nine out of a crew of 13 who died in a failed rescue attempt by the boat Friend to all Nations in Margate in 1897.  On the morning of 2 December 1897, thirteen men set out in the surfboat towards the struggling Persian Empire. However the Friend was hit by two waves in quick succession and capsized just off the Nayland Rock. Just four men made it to shore, of whom the medic Charles Troughton died on reaching land. The remaining nine were all beaten to a pulp on the rocks, except for Joseph Epps who was found, barely alive, underneath the capsized boat.  His relatives still live in Margate which truly echoes Margate blood in his veins.  The painting shows history with modernity.  Old events with new events.  The Margate light.  I wanted to capture an image that said it all, predominantly shouting Margate loud and proud.  This is my effort so far – inprogress