It was a great distraction from the usual seascapes I embroil myself in to work on a commissioned painting.  Jack Maconnachie was a 9 month old British Bulldog of huge physical stature  weighing almost 9 stone.  The canvas I chose was a 80cm x 80cm square format and wanted Jack to fill most of the canvas.  I had the fortune of meeting Jack in person so it was helpful in capturing his character in the painting. 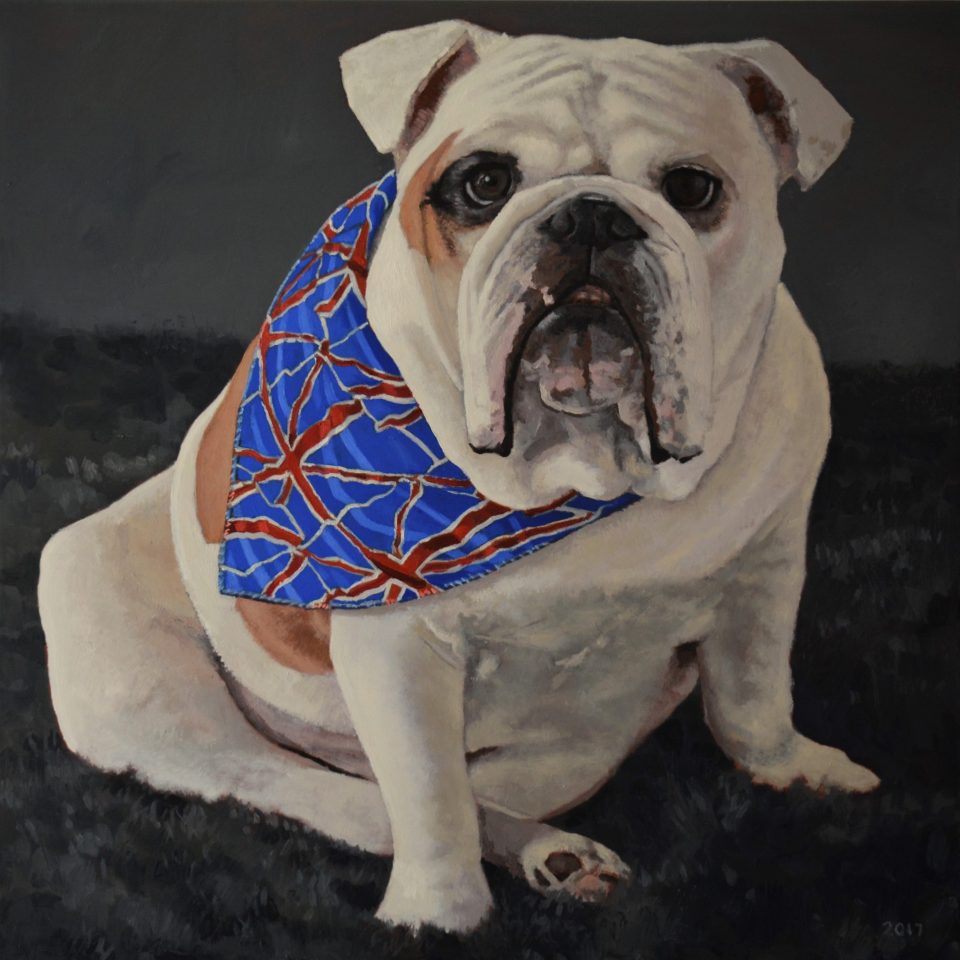